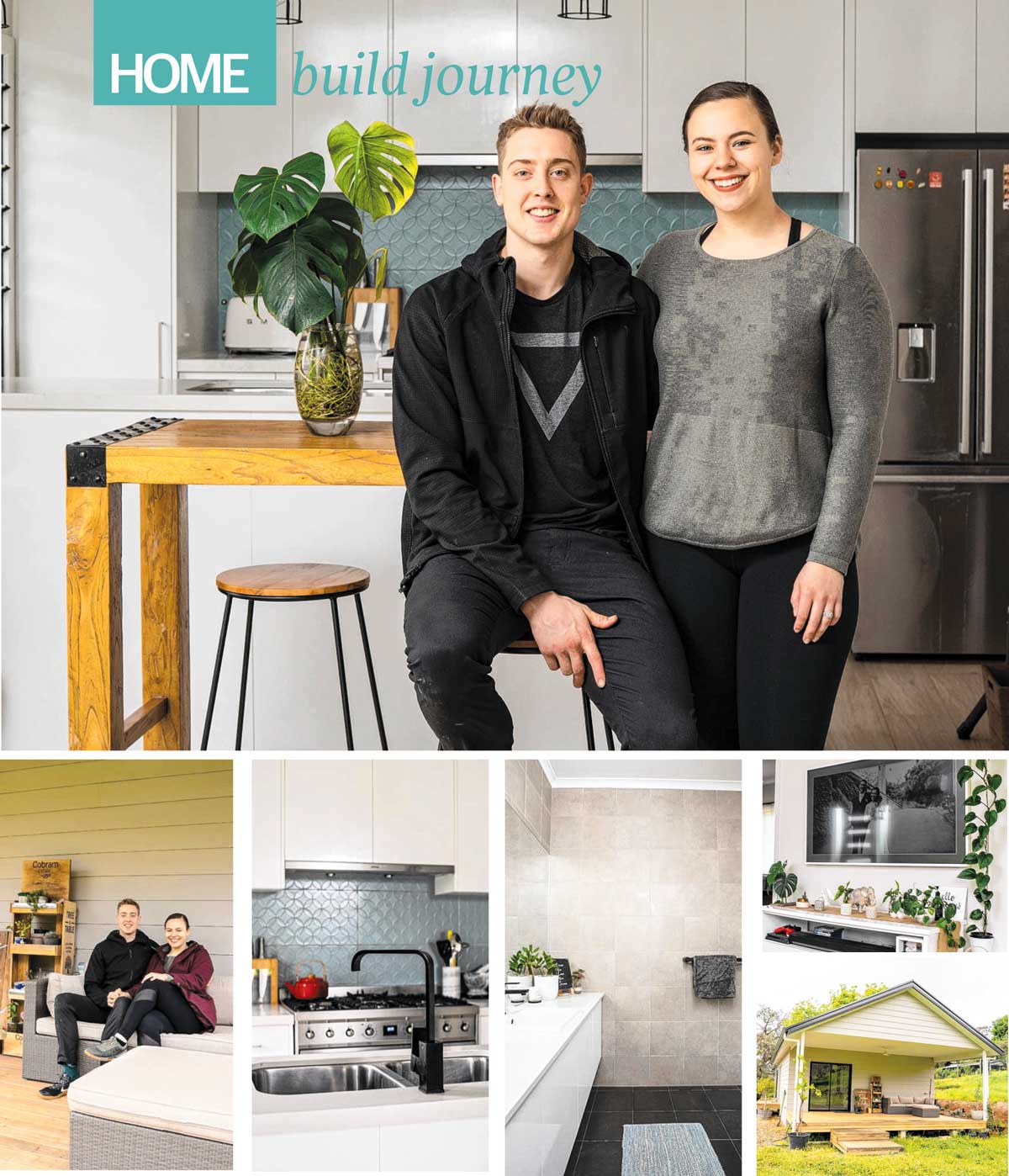 For newlyweds Jordan and Lily Cooper, taking on a sizeable mortgage to build their own home would have severely impacted their ambitions to travel. But, after investigating all other possibilities, they still believed building presented the best option - so long as they could do it affordably.

'We looked at renting, buying (and) renovating (and at) units, houses and everything in between," says Jordan, a chef. "After great consideration, we decided it would be best for us in the long-term to create and build our own home. We didn't want a large mortgage hanging over our heads but (we) still wanted a comfortable space to call our own ... thus why we built a granny flat."

Jordan 's mother , Karen, was happy for the couple to build on her Macclesfield property, which allowed them to take out a much smaller bank loan to finance their dream. Jordan and Lily, a photographer, then turned to Atlas Living, who specialise in smaller homes, and were won over by the Eco 65, a two -bedroom, one bathroom and open living/dining/kitchen design. But the couple were surprised to find small home builds can be just as problematic as larger builds and say a lot of negotiation was required to get their plans approved by the local council, who had implemented strict conditions on the size and location of the home.

"Unfortunately, we did have trouble with council approval," says Jordan, who had expected his plans to be approved without a hitch. 'We had to go back to council on three more occasions, as they were most unhappy with the placement of our proposed build. "Our build dates were changed and were pushed back about three more months, making the entire process, from plans to keys, approximately seven to eight months. " The approved location for the build turned out to be a hill, requiring a cut and fill which was organised by Atlas Living and included in the contract price, as well as the removal of some existing shrubs.

Jordan and Lily also worked with Atlas Living to modify the plans to a one -bedroom home and converted the original three-way bathroom into a combined shower/bath/vanity area, with a separate toilet. The end result is a bright, light-filled home that looks deceivingly larger than its actual footprint. Timber flooring , along with a slow combust ion fire, provide a warm, cosy feel while a smart, grey blue splashback, soft rugs and throws and plenty of indoor plants add a touch of colour.

'Working with Atlas Living, we were able to create something exciting and wonderful," Jordan says. "The open -plan design creates a much more spacious environment and, as a newlywed couple, fits our current lifestyle." The couple have now lived in their granny flat for about 18 months and have already put the money saved by building a smaller dwelling to use, spending time in Canada for the snow season while renting out their fully furnished home.

"(Building a smaller home) has given us the opportunity to have a base , to house our belongings and be close to family - but to also pursue our ambitions of travel and adventure," says Jordan. "Given our situation, as a young couple and with available funds, we created our ideal home." 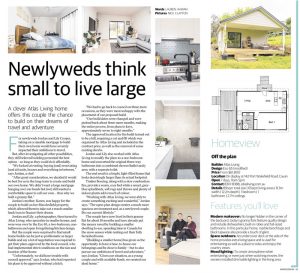